A 45-year-old female patient was admitted to our clinic with an extra-oral fistula in the right cheek region and swelling present in this region for four months. Medical history was not significant. The main issue that bothered the patient was the presence of paresthesia.

Extraoral examination revealed facial asymmetry and swelling, extending between the right condylar process to the right submandibular area. The skin over the swelling was smooth, stretched and surrounding tissue appeared to be normal. No regional lymphadenopathy was present.

Panoramic radiography revealed a scalloped, partially well-defined radiolucent lesion that extends between the right mandibular ramus and mandibular right third molar. When examined carefully, a radiolucent area, which is more radiolucent than the rest of the primary lesion, compatible with a cortical perforation was observed.

A secondary infected odontogenic keratocyst was prediagnosed, and cone-beam computed tomography (CBCT) imaging was performed. In CBCT slices, a unilocular, well-defined, hypodense lesion that is in contact with the superior border of the mandibular canal was observed. It was seen that the lesion caused destruction in both cortical regions of the ramus, with a Codman triangle type periosteal reaction at the buccal area.

As a result of the histopathological and radiological evaluation following the incisional biopsies, the lesion was diagnosed as Primary Intraosseous Carcinoma, and radical resection and neck dissection were performed. No recurrence was observed in our patient, who has been followed up since 2018.

Primary Intraosseous Carcinoma (PIOC), according to the World Health Organization 2017 classification, is a central carcinoma of the jaw that is not in the same category as other odontogenic carcinomas. PIOCs, which are known to develop from odontogenic epithelium, may originate from the epithelium of odontogenic cysts or benign tumors in some cases. PIOCs, also known as primary odontogenic carcinomas, are rare tumors, with only 116 cases reported until 2011.

PIOCs are usually localized in the posterior mandible and ramus region. Differential diagnosis of the PIOCs must be made with squamous cell carcinomas arising from the oral mucosa and metastatic carcinomas. Localization is of great importance in the differential diagnosis, and lesions in the inferior of the mandibular canal should be evaluated as metastasis, while lesions located superiorly should be assessed as PIOC. As in our case, PIOCs developing from a cyst have been reported more frequently in the mandible.

Most PIOCs are asymptomatic and detected incidentally on orthopantomography. In advanced cases, non-specific findings such as expansion, pain, ulceration, mobility in the teeth, non-healing extraction sockets, and pathological fractures may be observed. Although PIOCs are ill-defined hypodense lesions that cause root resorption and cortical bone destruction, PIOCs that develop from cysts, as in our case, can be observed as well-defined, multilocular, or scalloped lesions. Approximately 40% of patients have metastases. PIOCs arising from cysts most commonly develop from radicular/residual cysts, dentigerous cysts, and odontogenic keratocysts, respectively.

Although the number of cases is insufficient to draw such a conclusion, the 5-year survival was reported as 52% as of 2001. This percentage is also specified as 40% for PIOCs developing from cysts. Radical resection has been recommended for its treatment and neck dissection to prevent metastasis. In 60% of the lesions, local recurrence is present, and distant metastases are not common. If PIOCs metastasize, lung metastasis is usually observed.

1Near East University, Faculty of Dentistry, Department of Dentomaxillofacial Radiology 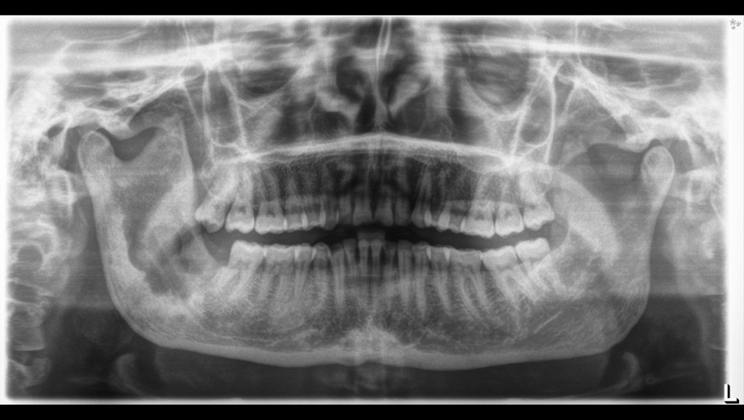 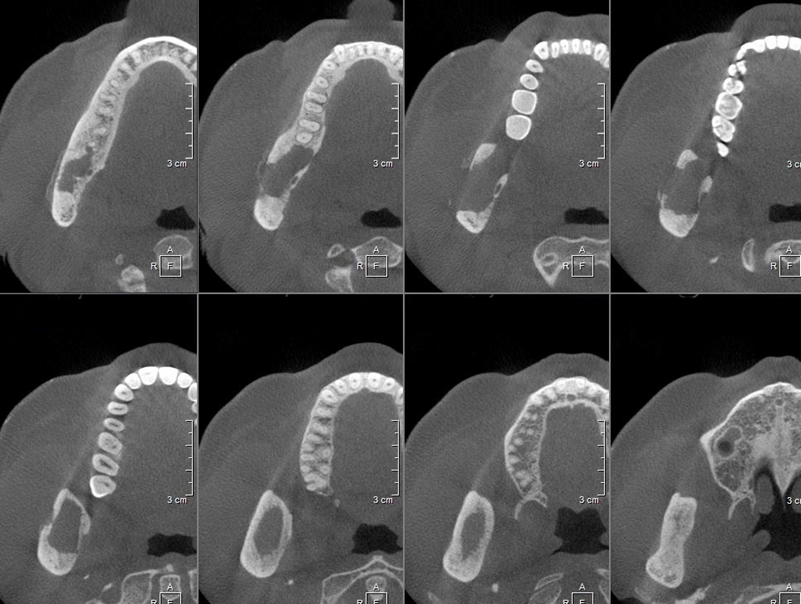 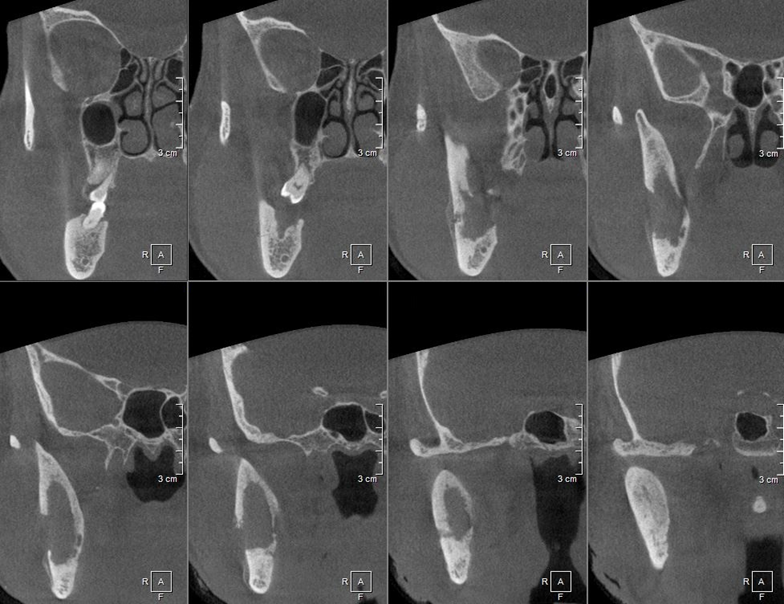 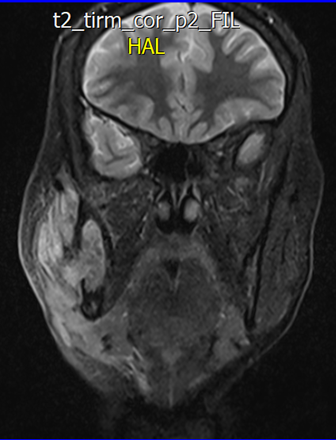 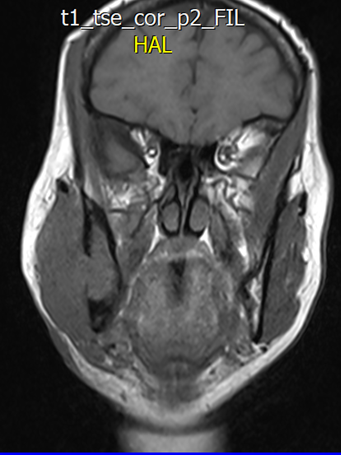